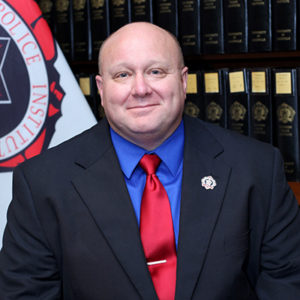 Tommy Wright Sr. knew from a young age that he had a desire to serve and protect through law enforcement.

After years of experience in nearly every level of law enforcement, Wright currently serves as the Chief of Police in Trenton, Missouri. Growing up around police officers at a local café, Wright viewed them as role models.

“The time these officers took to let me get in their patrol cars, play with the siren, and show me police equipment greatly influenced my perspective of police and increased my desire to become one,” Wright said.

Wright received his bachelor’s degree in 2010 before earning a master’s in criminal justice and law enforcement administration. While pursuing his degrees from MBU, he appreciated curriculum preparing him to step up as a leader while maintaining a Christian worldview.

He noted that it was the professors who went above and beyond to create a lasting impression and to make MBU a welcoming place to learn.

“Their level of selfless concern for student learning was second to none,” Wright said.“They demonstrated a genuine concern for me and my education. They always greeted me with a smile, an encouraging word, and displayed an enthusiastic attitude toward student success.”

Wright started his journey as a lieutenant at the Jefferson County Sheriff’s Office in 1993. Since then, he has had his hand in many different aspects of law enforcement, whether it be through teaching or practicing.