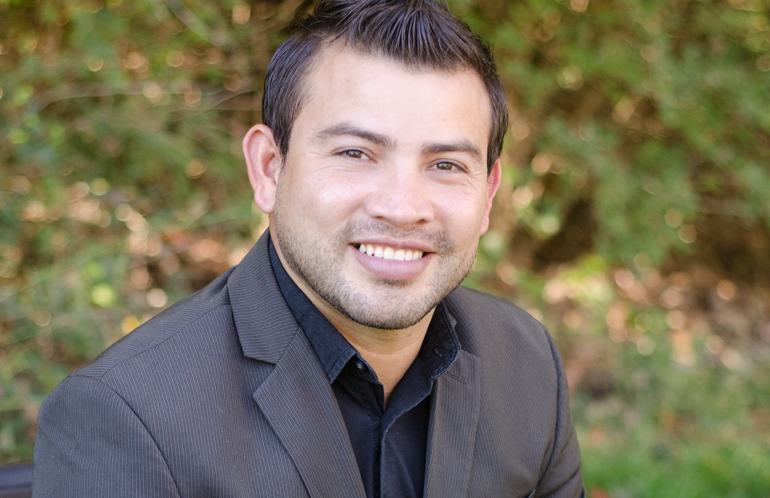 After all, it changed his.

Theodore’s Coffee donates $1 to the Micah Project — a non-profit dedicated to rescuing children from the streets in Honduras — for each bag of directly sourced coffee sold. Throughout the years, Missouri Baptist University has partnered with the Micah Project, helping three young men, including Soto, claim the dream of an American college degree. 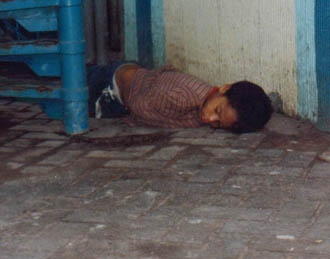 A young Soto sleeping on the streets of Tegucigalpa, Honduras.

Twenty-five years ago, Soto’s current life was an unfathomable dream. His grandmother peddled peanuts on the streets of Tegucigalpa, Honduras, trying to feed his family. The situation seemed hopeless. His family’s effort to feed themselves was futile, and Soto bounced between life in orphanages and the street. Upon the closing of yet another orphanage, Soto was sure he would return to life on the street. Then, Michael Miller entered Soto’s life.

Soto and 12 other children soon found family with Miller and the Micah Project. It was here that Soto was mentored, shown Christ’s love and received an education. Most of all, Michael Miller expressed the love of Jesus Christ, a love that radically changed Soto. With Christ as the center, the Micah Project provides a family to boys who have never experienced such love.

“The Micah Project showed us the love of not just a father or brother, but of someone used by God,” Soto explained.

Now, Soto has the chance to return the favor. This year, a friend – and fellow Micah Project graduate — approached Soto in joining his new startup. This opportunity was fitting for an alumnus with a freshly-minted MBA. The new business, Theodore’s Coffee, proves to be an even closer fit at second glance.  Bought directly from independent Honduran farmers, the coffee is roasted in the United States, then directly sold to consumers. In addition to directly assisting the farmers of Honduras, $1 is donated to the Micah Project for each 12 oz. package of coffee purchased — support that is greatly appreciated and needed for the emerging ministry. 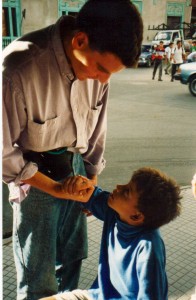 Soto was one of the original Micah Project boys and among the first graduates from the program. Since then, the Micah Project built a second facility, allowing Miller to expand his ministry to include more boys and young adults. In addition to showing the boys the love of Christ, the project includes an education program. There, the participants can catch up on schooling and receive vocational training in auto mechanics, carpentry and welding. Students are prepared to excel at the university level, an uncommon accomplishment in Honduras. In fact, most of the Micah Project graduates attend college and live out their dreams. “For even privileged Hondurans, studying at an American college is often out of their grasp,” explained Soto. “If it wasn’t for MBU and the Micah Project, there is no way I could have attended college and lead the life I have now.”

Soto is one of four sales representatives for Theodore’s Coffee in the nation, and the only representative in St. Louis. The business is already expanding, opening another roasting facility within a year. While Soto may be beginning the American dream, his success is about more than white picket fences. It’s about empowering others to achieve their dreams – the same dreams that seemed impossible to a young Soto years ago.