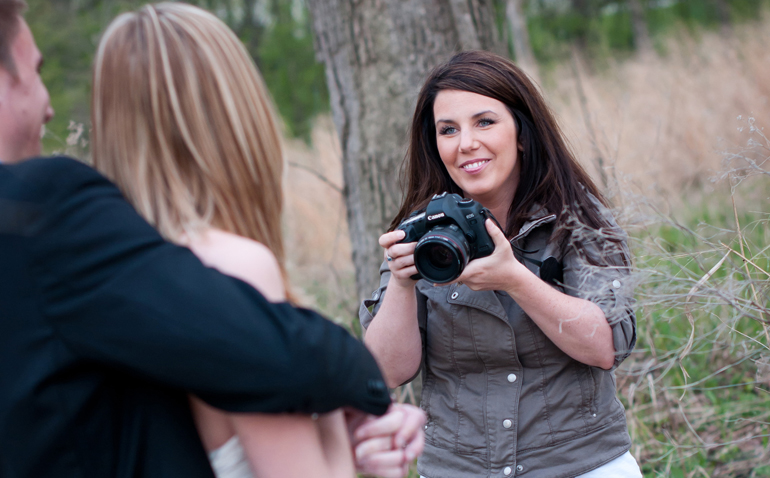 Lisa Hessel ’04 always wanted to be a writer. The Kansas City, Mo., native majored in English and even landed a job in MBU’s University Communications Department as a staff writer after graduation.

The idea of telling stories through, of all things, photography never crossed her mind. “I was the kid who couldn’t draw stick figures,” said Hessel. “At an early age, I was resolved to the fact that art wasn’t my thing.”

It wasn’t until she started dabbling in photography as a way to complement the stories she wrote that she realized the power of a photo. “When I realized that with one well-composed photograph, I could tell an entire story laden with emotion and overflowing with detail, it was clear to me that this was the type of story-telling I had been looking for all along,” Hessel explained.

Today, Hessel’s photography business, which specializes in documenting weddings classically yet with a modern flare, is one of St. Louis’ most respected. Her work regularly catches the attention of national bloggers and has appeared in various fashion magazines.

While the success of her business, which was founded in 2006, has been built on the timeless images she captures, photography is but a portion of her responsibility. “I am the researcher, I am the CEO, I am the person who gets the taxes ready,” said Hessel. “I take care of every part of our business, which is both rewarding and very challenging.”

Even Hessel’s longtime dream to be a writer has come true. In fact, she attributes the training she received while studying English at MBU as an underpinning to her company’s successful marketing and branding initiatives. “I learned a lot about how to express myself better while at Missouri Baptist and specifically studying in the English department,” said Hessel. “Those skills have played a huge role in allowing me to tell my business’ story, particularly as I market what I do through my Website and social media.”