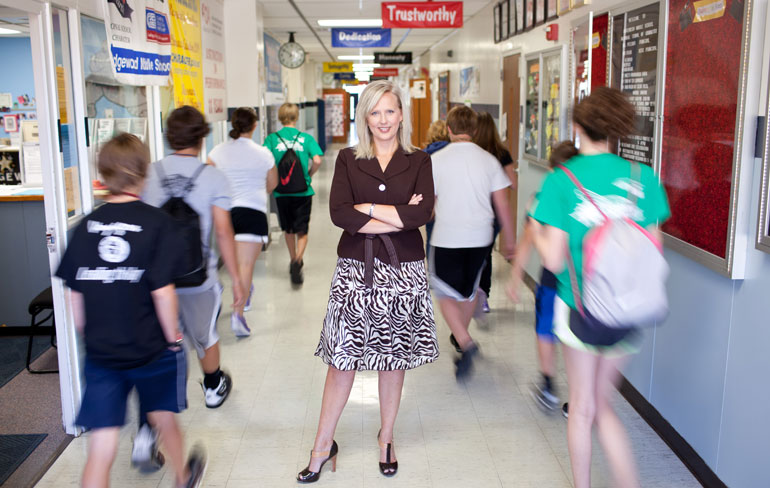 Kristen Pelster’s faith in Jesus Christ helped her turn a failing school into a National School of Character that has been recognized nationally for its transformation. Kristen is the principal of Ridgewood Middle School in the Fox C6 District. Her commitment to her faith and her students dramatically changed the school’s success rates over a ten-year period. Kristen shared her method with Congress in May 2011. It was a message pulled directly from the Bible.

We all have a distinct purpose. A strong character foundation is necessary if we are ever going to reach that purpose. Kristen recognized that if she focused on a child’s character development, she could change their behavior and their life.

The proof is in the numbers.  Discipline referrals declined 89 percent from 2001 to 2010. In that same amount of time, attendance increased from 89 percent to 95 percent. Standardized test scores increased across the board and the failure rate dropped from 600 F’s to just six.

Kristen knows that success is about more than grades. Her passion for serving and loving others and for the truth of God’s Word led her to do glorious things that have been recognized nation wide.