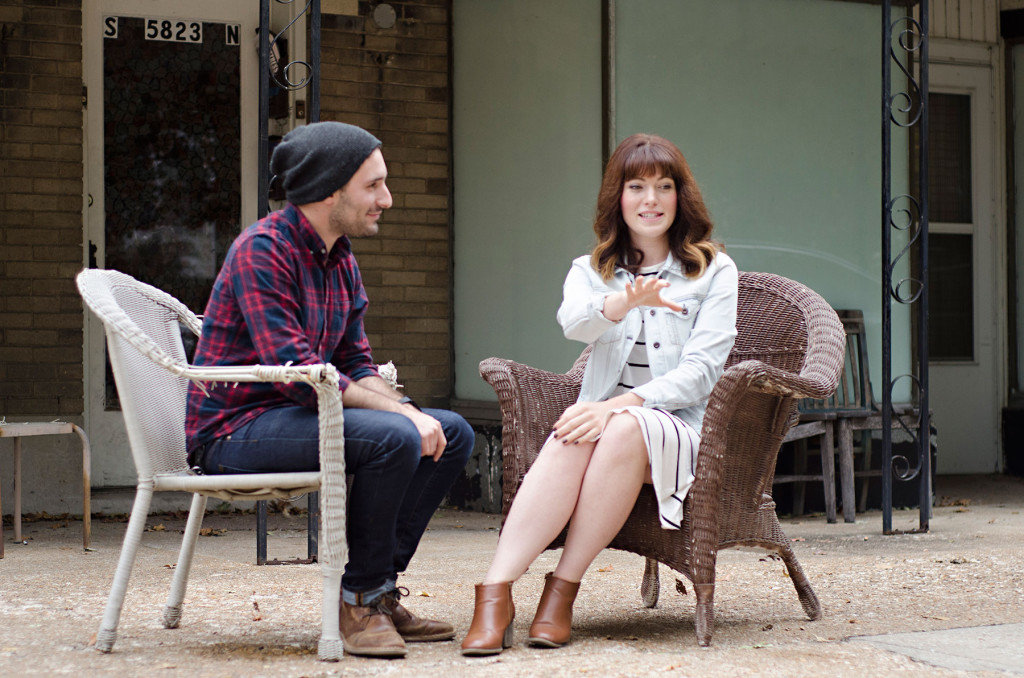 “Anyone want to dream a little with me?”

In June, Crosspoint worship leader Katy Goldstein discovered an old building just a minute’s walk from her house in the city. While many saw a neglected neighborhood eyesore, Goldstein saw potential. The rundown building could be a gathering place for a neighborhood in desperate need of community. She could open a coffee shop.

Still an undergraduate student, Goldstein lacked the financial means to open the shop on her own. Nonetheless, she continued to dream.

Days later, a businessman asked Goldstein if she would be willing to run a non-profit café if he would purchase the building.

In a heartbeat, she said yes.

Upon graduating from MBU, Goldstein and her husband, Jonathan, will begin setting up their new café. The vision for the new nonprofit is clear—the café will serve the community, offer jobs to the homeless and serve as a light for Christ. But this isn’t far off from how the Goldstein’s currently serve their community.

In fact, Goldstein invites the homeless for a home-cooked dinner on a monthly basis. These dinners are a chance for Goldstein and a core group of believers to love their neighbors unabashedly and share the truth of the Gospel in love. Through these dinners, Goldstein has witnessed God work miracles and change hearts. The homeless begin to pick up jobs, and neighbors previously averse to God’s word begin to seriously listen.

Often, those who are intolerant of God’s message are exposed to His hope in the St. Louis’ music scene. Goldstein’s commitment to high caliber music demands attention, allowing her Christ-centric lyrics to penetrate calloused hearts.

“Since I spent some time in the world, I have a voice of authority,” explained Goldstein. “They know who I am, and by producing high quality music, people listen. They may not agree with me on Christ, but they keep on coming back to the shows.”

Goldstein strongly believes living in the community of the lost is important for an effective city ministry.

“When you want to minister to the city, you have to plant your roots in the city,” said Goldstein. “It matters if you live beside the local businesses and people. You can’t just visit the city and hand out bible tracks—what kind of witness is that?”

Goldstein’s dream of a neighborhood coffee shop is coming true, but she isn’t surprised that God is fulfilling the passion within her heart.

“When you are willing to pour out your life and say, ‘God use me,’ it is incredible where the Lord will lead you. You’ll be a part of something far beyond your wildest imagination.”