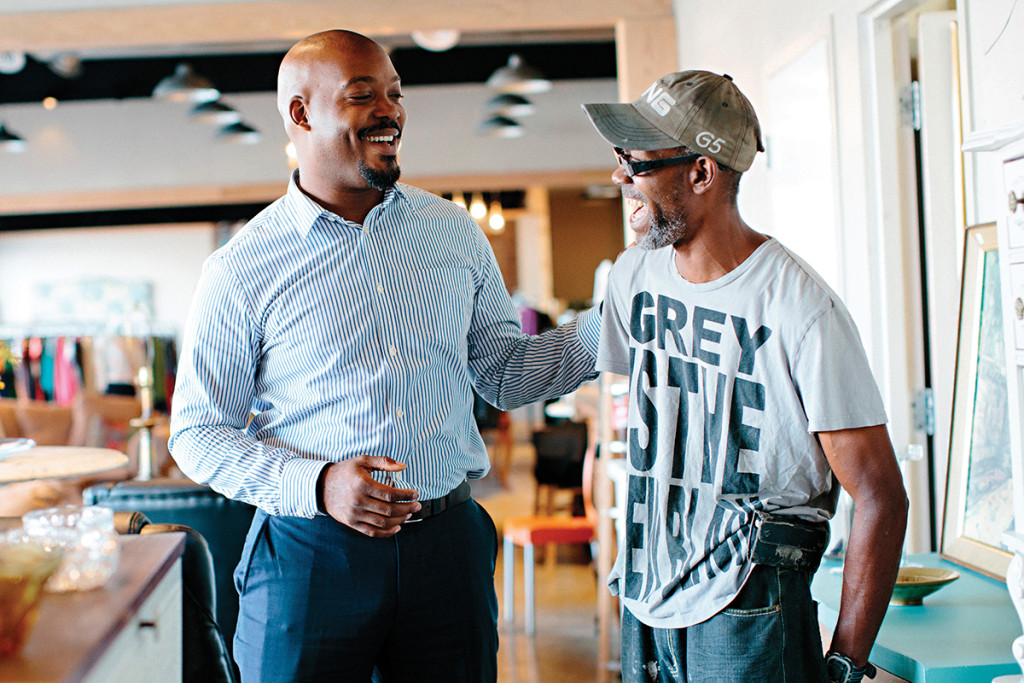 Restoring lives and the city with grace

When prisoners are finally released from incarceration, the world is far from welcoming. Judged by their past and given no assistance on creating a life or training, reintegration is painful and failure seems inevitable The first crime creates a cycle of poverty that continues to be passed down through generations.

But what if the cycle could be stopped?

That’s the aim of James Westbrook.

As the Director of Job and Leadership Training at Mission St. Louis, Westbrook leads an initiative to rehabilitate young men struggling to break the cycle of crime. The program takes in young men desperately seeking to change their life who may not be able to make the transformation on their own.

Unlike many rehabilitation programs, the focus is placed upon relationships and soft skills with hard skills and financial support playing second fiddle. Through this approach, men are empowered for everlasting change.

“We want to not only provide opportunities, but build relationships,” said Westbrook. “Without a deep-rooted relationship, change doesn’t occur. We believe people were made in the image of God and have dignity. This dignity is far worth investment and training.”

Upon graduation, the men enter a job placement program or are assisted with starting their own businesses. Typically, these men would be fortunate for the small chance of a full-time job making minimum wage, Westbrook said. With this program, they are typically hired full-time with the average starting wage a livable $12.64 an hour. The men are also able to obtain legal assistance, computers and cars after paying a small portion of the overall cost through Mission St. Louis’ matching programs.

Leading this program is a personal mission for Westbrook.

“My story is like the guys’ but God wrapped his grace upon me,” said Westbrook. “It is evident God had other plans for me.”

Overcoming the city’s cycle of incarceration would once again bring splendor to St. Louis, according to Westbrook.

“St. Louis has the potential to be the greatest city in the nation,” he said.

“There is so much rich culture and history in this area of the country but also one of the most racially divided and fiscally devastated places in America today. There is no other place in this country that could better serve as a beacon of light and hope to other urban centers than the Gateway City.”

One man at a time, Westbrook brings light where darkness once lived and empowers the once lost to become ambassadors of hope to St. Louis.