Susan Gallagher, the Saint Louis Zoo’s director of public relations, will be the guest speaker for the Missouri Baptist University Media talk series on Jan. 26, 2017. 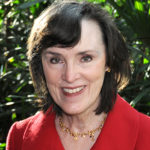 Gallagher joined the Saint Louis Zoo staff in October 2011 as director of public relations, a post-retirement position she accepted after serving for more than 20 years as head of public relations St. Louis-based Ameren Corporation.

She served with Ameren’s predecessor company, Union Electric, as manager of corporate communications before being named director. In 1992, her work with Fleishman-Hillard’s investor and media relations unit helped the agency win the Silver Anvil from the Public Relations Society of America.

She also has experience as a newspaper reporter as well as tutoring for the YMCA’s literary organization more than 12 years. Gallagher was elected to the St. Louis Media History Foundation’s Hall of Fame for advertising and public relations executives in 2009.

“Susan brings a lot of experience and a softer side to the public relations industry,” Staggenborg said. “She will be able to talk to our students about St. Louis culture, what it means to constantly have a public relations and communications strategy, and how she involves the community.”