Jack Feivou, the President and CEO of Fox Associates L.L.C., will be the guest speaker for the Missouri Baptist University Media talk series on March. 21, 2017. 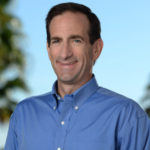 Jack Feivou, the President and CEO of Fox Associates L.L.C.

Previously, he was the general manager of entertainment operations at Epcot, Disney Springs, and the Water Parks in Orlando, Florida where he led a cast of more than 800 in the day-to-day operation of various stage shows, atmosphere entertainment, character experiences, and photo imaging. Prior to his role as general manager, Feivou served as a producer for Walt Disney Entertainment, and produced award-winning shows.

From June 2001-2003, Feivou served as the director of artistic operations and CEO of the Boston Ballet. Working closely with the Artistic and Executive Directors, he ran the daily operations of the Boston Ballet—one of the top five ballet companies in the United States. Feivou has also worked for: Disney Event Group, Best Entertainment, Event Quest, Warner/Avalon, City of Boston, TheatreWorks, Meadows Music Theater, Trinity College, and the West Hartford Summer Arts Festival.  Jack holds a bachelor’s degree in fine arts from Adelphi University.

“The Fox Theatre represents an integral part of St. Louis history and culture,” said Staggenborg.  “Mr. Feivou is a visionary leader with an impressive background in so many types of communications roles within the arts. “