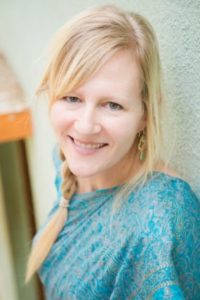 This is a continuation of showing documentary “It’s a Girl,” on MBU’s campus in the fall 2017 semester. In 2012, the filmmakers of “It’s a Girl”—a documentary that details gendercide issues in India and China—utilized the Invisible Girl ProjectIGP as one of its four world-wide, grassroots partners.

According to the United Nations, 50 million girls and women are missing from India’s population, due to gendercide. Founded in 2009 with her husband, Brad, while living in India for two years, the non-profit organization seeks to help end gendercide—the systematic killing of females. McElya has participated extensively in spreading awareness across the United States, including testifying before Congress on the subject of “India’s Missing Girls.”

“I think Christians ought to be committed to resolving and fighting against injustice,” said MBU campus minister Aaron Lumpkin. “As a pro-life people that value people from the womb to the tomb, we ought to seek a way to end gendercide, and that starts with awareness.”

Prior to her journey with the Invisible Girl Project, McElya practiced law for nearly 10 years. She received a B.A. in English from William Jewell College and her J.D. from the University of Missouri—Kansas-City’s School of Law. She currently lives with her husband and their two daughters in North Carolina.

For more information on the issue and how to get involved, visit invisiblegirlproject.org.