Eleven in Eleven: The World Race

Posted on January 2, 2015 by Coral Christopher

Two young alumni follow their callings to show Christ’s love in 11 countries in 11  months — callings they found during MBU mission trips to Haiti.

Kiss your family farewell. Hop on a plane to jet across the world for 11 months. Leave jobs behind. Eat food off a dirt floor. Would you be willing to temporarily let go of life’s luxuries to serve Christ? Welcome to alumnae Shelby Shore,‘14, and Taylor Duggan’s,’12, next chapter in life.

The World Race, a missions program sponsored by the organization Adventures in Missions, is more than a mission trip. It’s an experience that trains racers how to be Christ followers who are on mission globally.

Throughout the race, participants serve outcasts in some of the poorest countries in the world. From orphans to those trafficked for sex, World Racers experience God work miracles around them and witness the restoration of hearts. Lives are forever changed.

The bold duo is not new to missions. They have felt lead to live life on mission for years. In fact, it was on MBU mission trips when they realized their callings. 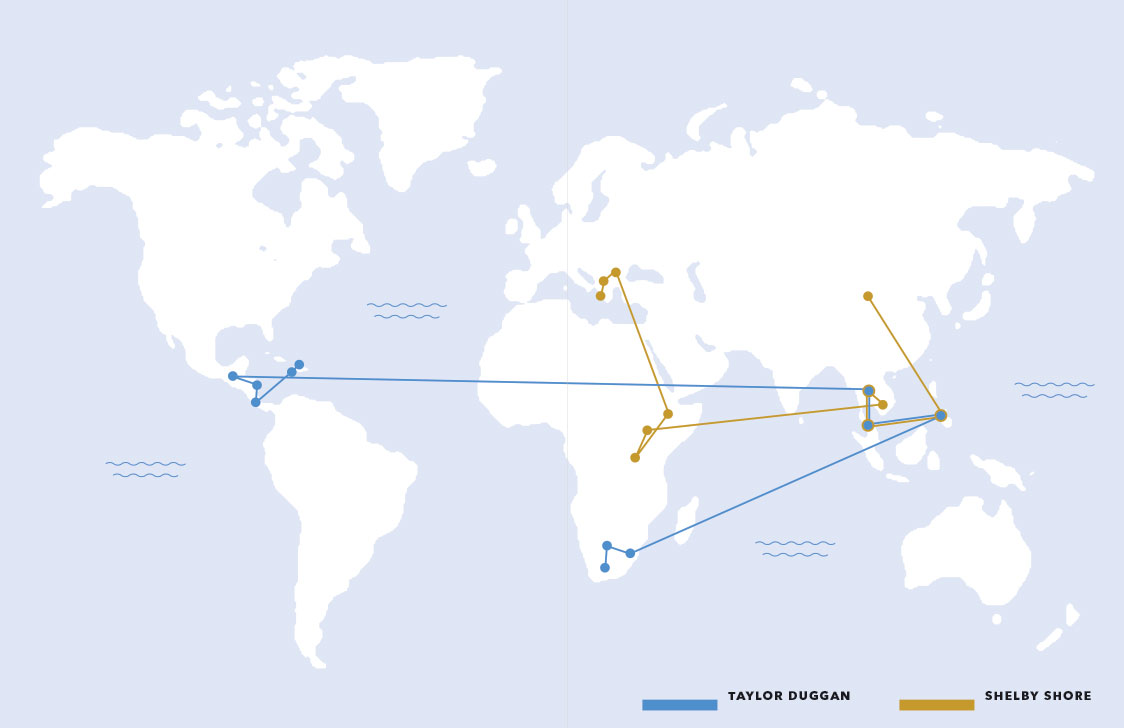 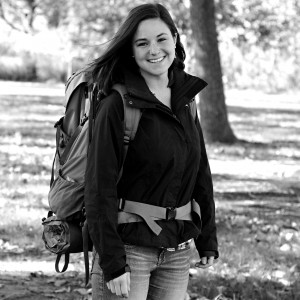 Prepared to forsake a college education, Shelby Shore desired to live life on the mission field following high school. When offered a lacrosse scholarship to Missouri Baptist University, it became evident that these treasured, beautiful desires were best delayed.

In July 2015, Shore will live out her dream — sharing God’s love to the world’s forgotten — as a missionary with the World Race.

Years earlier, Shore received a glimpse and greater conviction to live life on mission when she joined the MBU Campus Ministry trip to Haiti in 2012. The Haiti trip revealed a deep need for God while showing His provisions and deep love. There, Shore realized that
“God will provide and take care of us wherever we are.”

A trip to a local orphanage in Haiti furthered Shore’s desire to live life as a missionary. On arrival, malnourished babies were thrust into Shore’s arms. The workers pleaded for the children to be adopted by Shore and her fellow classmates. The resources were stretched so thin that none of the children were cared for properly. This wrecked Shore’s heart, revealing a new desire — to open Christian orphanages where every child is well loved and nourished.

By the end of the week, it was time for Shore to lay down that desire to the Lord and return back to her life as a college student.

As Shore studied Christian ministries and Biblical counseling at MBU, she began to work closely with Dr. David Bailey, associate professor of psychology. This mentorship was essential for Shore’s desire for missions to be fulfilled. “He helped me come into my identity in Christ — he saw me for who God created me to be,” reflected Shore.

As Shore serves across the globe, she expects greater clarity from God on what her next steps will be in life. But in this moment, Shore knows that the World Race is the first step in God filling the desires of her heart.

Learn more about Shelby and follow her on the World Race: shelbychristinashore.theworldrace.org.

»She laughs without fear of the future.

A typical type-a personality, Taylor Duggan plans everything — her day, her meals, her clothing, her life. But when asked about her plans after the World Race, all Duggan could muster was a laugh.

All she knows is that upon her return to the United States, she will continue living life on mission. Living a life of service has been in the plans — one of the few plans that remain — since Duggan’s trip to Haiti in May, 2010.

Just months prior, one of the most devastating earthquakes in more than a century slammed Haiti, which was already the poorest country in the Western Hemisphere.

“I’ve never felt God so tangibly before Haiti,” said Duggan. “It is there God revealed to me that my calling was missions.”

Choosing to participate in the World Race was not easy, nor was it fast. As an honors student, Duggan planned and worked tirelessly in her classes at MBU, graduating in December 2012 with a degree in human services and minors in religion and psychology. Upon graduation, Duggan deeply desired to join the World Race after hearing about the program through a friend. The week she was set to apply, Duggan received a full-time job offer at a local non-profit. Unsure of the reasoning at the time, Duggan felt led to accept the position and postpone the World Race.

A year later, Duggan realized God was preparing her for the World Race during that time. She then applied, and after an intensive process, was invited to join the family of
World Racers.

A deep love for Haiti — like Shore’s — that she developed during the 2010 MBU mission trip influenced Duggan to choose a route that will allow her to serve there. As she prepares to leave for what is sure to be a life-changing experience, Duggan keeps reminding herself that the plans are fluid — and most of all — are in God’s hands.

Slowly, she’s learned that letting go is a beautiful thing.

Learn more about Taylor Duggan and follow her on the World Race:  taylorduggan.theworldrace.org.