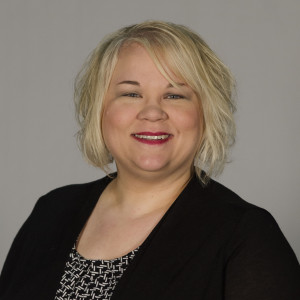 MBU Theatre director Joy Powell is shedding light on human trafficking by bringing her production of “Cover” to Webster University and New York City this month.

“Cover,” is a collection of nonsequential vignettes, short scenes with monologues, poetry recitation and songs, each focusing on a different aspect of human trafficking with all music and lyrics by MBU alumni Jessica Lydon and Emily Rice.

Joy Powell’s first production involving sex trafficking was a sketch for a chapel service at the University with MBU’s drama troupe, InCharactre. Years later, one of Powell’s doctoral classes mentioned the abuse of women in the history of performance arts. This reminder influenced Powell to write a production to raise awareness of sex trafficking.

“I want to help people understand what is going on and be a part of the solution,” said Powell.

“I am thrilled that cover continues to have a life,” Powell said. “It is still telling the stories of the girls who often don’t have a voice. I’m very grateful to help be a conduit for those voices.”

A new cast presented by Stomping Ground Theatre Company will perform “Cover” on March 23 and 24 at Metro Baptist Church in New York. Co-founded by MBU alumna Angie Shultz, the theatre company is a partner of Rauschenbusch Metro Ministries in Hell’s Kitchen, New York, and strives to be an artistic home away from home for the socially conscious.

“March is Women’s History Month and we wanted to produce a new work that features women and has a social impact,” said Melissa Harlow, co-founder of Stomping Ground Theatre Company. “Cover not only features a cast of all women, but the show’s writer, musicians, director and lyricists are all female. SGTC is also passionate about giving women a voice.”