CEO of one of St. Louis’ largest corporations set to share story of faith, perseverance 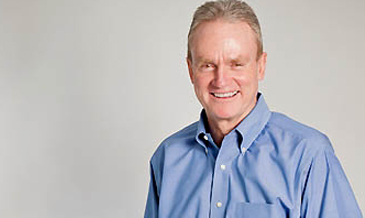 Derek Glanville, president of McCarthy Construction, will share his remarkable journey from his home in South Africa to his role as the chief operating officer at one of the largest construction companies in Missouri this Thursday, Feb. 28 at the University’s chapel.

From him homeland of South Africa, Glanville moved to New York in his twenties with a couple of hundred dollars and high ambition. Glanville was determined to pursue the American Dream–one he claimed in relatively short order. At the age of 30, Glanville was named president of one of several construction company he would lead before taking the helm at McCarthy 15 years ago.

But that’s not the half of this story–one marked with a tragedy in which, with his faith in Christ, Glanville is determined to find good.

During an everyday school carpool, Glanville’s son, Sean, was involved in a near fatal car crash in 2007, resulting in a traumatic brain injury. Glanville is determined that life can still be good, even after tragedy. The incident led Glanville to found the Sean Glanville TBI Research Foundation, which to date has raised more than $500,000 for St. Louis Children’s Neurocritical Care Program.

Since 2009, Sean and his father participate in marathons together. Glanville pushes Sean in a jogging stroller the entire marathon to increase awareness of pediatric brain trauma.