Posted on September 25, 2016 by Coral Christopher 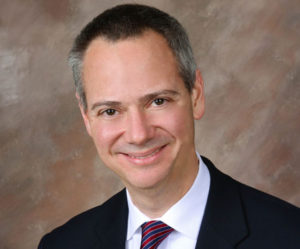 Watermon oversees media and public relations as well as social media, photography and coordination of government and civic affairs for the St. Louis Cardinals. He has led nationally-recognized efforts including lobbying to construct the current ballpark, leading the front-office for the 2009 All-Star Game, Teams Unite for Joplin in 2011 and the team’s 2010 social media “Stand for Stan” campaign that ended with President Obama awarding Stan Musial the Presidential Medal of Freedom.

Watermon has served on instrumental St. Louis committees throughout his career and currently serves on the Downtown STL Board of Directors, the Communications Advisory Board of the Archdiocese of St. Louis, the St. Louis Regional Health Commission, the Public Policy Council of the St. Louis Regional Chamber, and the Ballpark Village Community Outreach Committee.

“Ron Watermon represents all of the interdisciplinary leadership skills necessary for a career in communications,” Staggenborg said. “Moving a lot of different parts is vital for organizational success both internally and externally. Mr. Watermon empowers people through his specialties in media relations, legislative affairs and public relations management. He tells the Cardinals’ story through a variety of creative tactics to build a positive connection with so many people.”