Bachelor of Science in Nursing (BSN)

Note: This option is only available for FA-22 and FA-23 and then will no longer be available.

The following steps are required to complete the MBU School of Nursing application procedure:
1. Application to MBU

2. Application to School of Nursing

Within the application, create a 3-5 minute video answering the following questions, being sure to provide examples from your own experience that support your rationale: (1) Describe your personal qualities and why you would be a good fit for a career in professional nursing. (2) What is your perception of the nursing field, and what influenced you to choose professional nursing as a career? (3) Why did you choose MBU to pursue your degree in nursing, and how do you think MBU’s nursing program will prepare you for a professional nursing career?

Students seeking the Bachelor of Science in nursing degree will apply to enter the program during the first year at Missouri Baptist University (MBU).  The School of Nursing may admit up to 40 students per academic year into the nursing program.

Once admitted into the Early Admission option, a student must meet the following criteria:

Students who suffer from academic setback in their pre-nursing coursework or decide not to continue with the Early Admission option may apply to the nursing program via the traditional admission process without penalty.

The School of Nursing at Missouri Baptist University will use a variety of clinical sites to give students a broad range of experiences across various settings and with different populations. Our list of clinical sites is continually growing. Below is an example of some of the sites that students could attend.

2. Do all of the prerequisite courses need to be completed when I apply?

Applicants should have completed all of the pre-nursing requirements (or be currently enrolled) as outlined on the BSN Degree Sheet prior to applying for the nursing program. Students who have up to nine (9) credit hours of pre-nursing courses outstanding may be considered for admission if the courses can be taken during a summer semester or in an online format. All science and math courses must be completed prior to starting the nursing program.

Students must have three of the five science courses completed prior to applying for admissions. The other two courses can be in progress during the application timeframe.

Courses must be completed within the past 5 years (with the exception of Chemistry) with a grade of B or higher.

*Students must have three of the five science courses completed prior to applying for admissions. The other two courses can be in progress during the application timeframe.

*All science courses need to have a grade of B or higher to be considered for admission to the School of Nursing.

(#)Courses must be completed within the past 5 years.

5. How many clinical hours will I have during the BSN program?
Students completing the BSN program complete 765 hours of clinical practice in a variety of specialty areas. The program concludes with a 168-hour Senior Capstone experience where the student works with a preceptor to increase knowledge application, prioritization and decision-making skills as well as help facilitate a smooth transition to professional practice.

8. Where are clinical courses?
Clinical courses may be held anywhere within a 75-mile radius of the campus. Students are responsible for transportation to and from clinical sites. Clinical experiences usually begin at 6:30 a.m. and go until 3:30 p.m., although there could be some afternoon-to-evening hours.

9. Is there a time limit on when courses had to be completed in order for them to be transferred in to the School of Nursing?
Yes, there is a 5 year time limit on four science courses. Students must have completed the following courses in the past 5 years in order to transfer them in to the School of Nursing.
– Anatomy & Physiology I & II
– Pathophysiology
– Microbiology

The School of Nursing has been granted full approval by the Missouri State Board of Nursing, 3605 Missouri Blvd., PO BOX 656, Jefferson City, MO 65102.

*Please note according to Section 335.066, RSMo of the Missouri Nursing Practice Act that admission and completion of the BSN program does not guarantee eligibility to take the licensure examination. 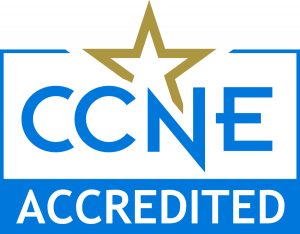 The baccalaureate degree program in nursing at Missouri Baptist University is accredited by the Commission on Collegiate Nursing Education (http://www.ccneaccreditation.org).

NRSG 423 Spirituality and Diversity in Healthcare 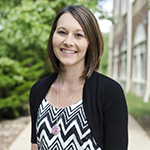 Dr. Amber Pyatt is the founding dean of MBU’s nursing program and an associate professor of nursing. Pyatt is graduate of SEMO (‘06), Newman University (‘10), University of Cincinnati (‘14) and American Sentinel University (‘16) where she earned her DNP. She is a licensed RN in Kansas, Missouri, Georgia, Florida, Nevada and Illinois. Pyatt was the Director of Nursing at Southwestern College from 2014 until coming to MBU. She also taught at Chamberlain College of Nursing and Davenport University. Pyatt earned the Award for Academic Excellence at American Sentinel University. She is a Scholar of the Nurse Faculty Leadership Academy that is administered by Sigma Theta Tau International and funded by the Elsevier Foundation as well as a member of the Golden Key Honor Society, National League for Nursing, Graduate Student Nurses Association and the Kansas Organization of Nursing Leaders. 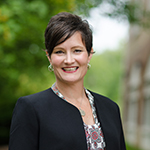 Assistant Professor of Nursing
Robin.Murray@mobap.edu
Robin Murray has taught pre-licensure registered nursing and online courses at the college level since 2004. Murray earned her bachelor of science in nursing (BSN) from Indiana University in 1997 and her master of science in nursing (MSN) from Webster University in 2003. She is currently working on a doctorate of nursing practice (DNP) in Educational Leadership at American Sentinel University. Clinically, Murray has worked with adult patients in medical-surgical units, homecare, occupational health, burn intensive care, cardiac and trauma step-down, behavioral health and faith community nursing. She was inducted into the Sigma Theta Tau, the International Honor Society for Nursing in 1996. Before her career in nursing, Murray served in the United States Air Force and Air Force Reserve Forces from 1990-1997. 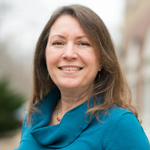 Assistant Professor of Nursing
Debra.DArcy@mobap.edu
Debra D’Arcy has worked as a registered nurse since 1982. She has diverse nursing experience in critical care, telemetry, operating room, pain management, medical-surgical, home health, and school health which included working with students with special needs and as an administrator as a lead nurse and practice specialist. Her teaching experience includes LPN to RN bridge and associate degree nursing programs. She was the American Heart Association Training Center Coordinator for BJC and is currently appointed as AHA Regional Faculty in Missouri since 2014. D’Arcy has current status as AHA instructor for Advanced Life Support (ACLS), Basic Life Support (BLS) and Pediatric Advanced Life Support (PALS). She earned her bachelor of science in nursing (BSN) from Purdue University- Calumet Campus in Hammond, Indiana. She certified as a Family Nurse Practitioner from 1987-1992. She went on to receive her master of science in nursing (MSN) from University of Missouri-Columbia with concentrations in public health and school health. She is a nationally board certified Public/Community Health Clinical Nurse Specialist. D’Arcy has served as president of the Missouri Association of School Nurses as well as to the St. Louis Suburban School Nurses Association. She was inducted into the Sigma Theta Tau International Honor Society of Nursing in 2004. She is a member of the American Nurses Association and the Missouri Nurses Association. 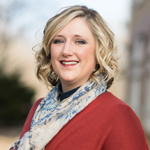 Assistant Professor of Nursing
Ashley.Bell1@mobap.edu
Ashley Bell has worked as a registered nurse since 2008, began teaching bachelor of science (BSN) nursing students in 2017, and joined the Missouri Baptist School of Nursing Faculty in 2018. She earned her BSN in 2008 from Cedarville University in Cedarville, Ohio and her master of science in nursing (MSN) with an emphasis in nursing education from University of Missouri – St. Louis in 2013. She received her certification in oncology nursing in 2010. Her clinical passions include oncology, palliative, and medical/surgical nursing. In 2015, she was a finalist for the St. Louis Business Journal’s Nurse Excellence award in the educator category and was recognized for her work as a clinical nurse educator, facilitating learning for nursing personnel in the clinical setting. She was inducted into Sigma Theta Tau, the International Honor Society for Nursing, in 2017. 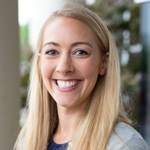 Tara Hommelson has worked as a registered nurse since 2008. Her nursing background includes pediatric medical-surgical, pediatric hematology and oncology, and pediatric research. Additionally, she is a board certified pediatric nurse practitioner and has worked with adolescent medicine and pediatric plastic surgery patients in this capacity. She began teaching Bachelor of Science in nursing students in 2015. Tara earned her bachelor of science in nursing (BSN) in 2008 from Maryville University in St. Louis, Missouri and her master of science in nursing (MSN) from the University of Missouri – St. Louis in 2013. She was inducted into the Sigma Theta Tau International Honor Society of Nursing in 2008. In 2013, she was awarded the Shirley A. Martin Distinguished Nurse Award. She is a member of the National Association of Pediatric Nurse Practitioners and the Missouri League for Nursing. 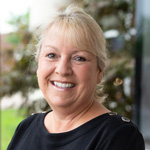 Dr. Kathy Roseland has worked as a Registered Nurse since 2006. Her nursing experience includes home health care, medical-surgical, geriatric, and staff development. She was trained in simulation in 2015 and has worked as the Simulation Coordinator for an acute care facility and in the role of nursing instructor. Roseland is a graduate of Chamberlain University where she received her Master’s Degree in Nursing (MSN) with an emphasis in education in 2013 and her Doctorate of Nursing Practice (DNP) in 2016. She is licensed in Missouri and Georgia. Roseland was inducted into the Sigma Theta Tau International Honor Society for Nursing in 2015. She is a member of the American Nurses Association, the Missouri Nurses Association, the Society for Simulation in Healthcare, and the National League for Nursing. 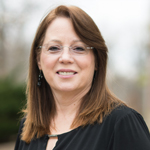 Administrative Assistant to the Dean of Nursing
Regina.Stolzer@mobap.edu

Regina Stolzer has over a decade of experience working with higher education. She spent 11 years working for Maryville University first in the Maryville University Bookstore and moving on to become the Assistant Operations Manager for the Online Nursing program supporting a staff of more the 150 adjunct nursing faculty. She received her Bachelors of Science in Organizational Leadership and Psychology from Maryville University in 2012.