Office of Equity, Diversity and Inclusion

Home > About MBU > Mission and Values > Diversity > Office of Equity, Diversity and Inclusion

Missouri Baptist University is committed to maintaining a community that recognizes and values the inherent worth and dignity of every person. Missouri Baptist University affirms that an important part of the integration of faith and learning is the recognition that all people are created in the image of God and worthy of respect and dignity. We seek to ensure that all students have full access to the educational, social, and spiritual growth opportunities that the University provides to ensure that students understand and appreciate one of the University’s core values which is “social change through service and leadership.” God created diversity within His Kingdom. The University believes there is no better way to explore God’s diversity and look at issues of social justice and equity than through a Biblical perspective that helps us recognize the dignity and worth of each person while practicing the unconditional love exemplified through Jesus Christ. 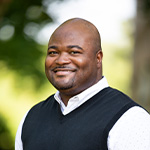 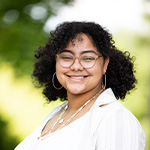 Bardowell currently serves as an Assistant Professor of English in the Humanities Division. He teaches writing, world literature, British literature, and an Honors course on creating and presenting research. Bardowell is a faculty sponsor of the Creative Writing Club, which publishes an annual journal of short, short fiction entitled Flash!. Bardowell was born and raised in South Florida, and now lives in St. Louis with his wife and three children.
Contact information:
Matthew.Bardowell@mobap.edu

Alonzo L. Medcalf is an Instructor of Communications and Multimedia Production and the Director of the Broadcast Media Program at Missouri Baptist University. His area of expertise is in video production with ten years of comprehensive knowledge of television news. Working for 3 local news stations in the Midwest (KSN, WHAS, KMOV), he has experience with electronic news gathering, video field production as well as linear and non-linear editing. He was nominated for 2 regional Emmys in 2015 and 2016 by the National Academy of Television Arts & Sciences (Mid-America chapter). He was awarded 2nd place by the Kentucky Associated Press for the best hard news feature story in 2014. And holds a Certificate of Merit from the Missouri Broadcasters Association (2009). He is a member of the National Academy of Television Arts & Sciences (Mid-America chapter, 2015-current), Kentucky News Photographers Association (2014), National Academy of Television Arts & Sciences (Ohio Valley chapter, 2014), National Press Photographers Association (2012-2013).
Contact information:
Alonzo.Medcalf@mobap.edu

I began teaching math courses at MBU in 2000 as an adjunct. In 2018, I was hired as a full-time assistant professor and in 2019 I became the Director of MBU ECP. I love math, but I love students a lot more. I have been married to my husband Tim for over 30 years. We live in O’Fallon, MO and we have three grown children, Nicole, Noah, and Emma.

Dr. Jordan Cox is an alumnus of Missouri Baptist University (2010) and loves serving the MBU community as a faculty member in the Fine Arts Division. He oversees the the choral and music education programs and also is highly involved in our worship program. In his role he directs the MBU Chorale, Chamber Singers, and Choral Society, and teaches music, music education, and worship courses. Dr. Cox is married to Kasey Cox, Director of Theatre & Dance and has three children, Noah, Jobi, and Katy. Holding a Masters in Religion in Worship Studies and a PhD in Music Education, he is passionate about music and its role and influence in schools and churches. Dr. Cox loves all styles of music and enjoys the great variety and diversity of music and its ability to bring all people together in unity and harmony, all while reflecting our creative God.

I began my term as the head coach of Spartans’ women’s basketball in 2011 and have been a part of the Missouri Baptist University basketball family since 2000.

In March of 2018, I stepped down from my role as Head Women’s Basketball Coach for a new position as Associate AD and Senior Women’s Administrator. In my new role, my primary focus will be on the administrative side of Athletics, specifically, academic and competitive compliance issues. I will also be looking for ways to enhance and grow programs which provide more opportunities for female student-athletes.

While focusing on the administrative side of MBU athletics, I have served on multiple University committees including the Diversity and Inclusion committee, in which I have been a member for the past six years.
Prior to being named Women’s Basketball Head Coach, I spent the previous eight seasons at MBU as the head assistant coach. My responsibilities included working with the guards, assisting with the coordination of recruiting efforts, overseeing athlete academic progress, travel preparation, budgeting, community service, off-season and summer skill development and conditioning among other duties.

While working with the Spartans, I was instrumental in helping to develop several NAIA All-Americans, many Academic All-Conference recipients, Academic All-Americans and several NAIA Scholar Athletes.
I began her career at MBU as a graduate assistant coach while pursuing my M.S. Ed Degree in Kinesiology. After completing my Master’s degree, I was promoted to the position of assistant coach in 2002.

Through my continued dedication and commitment to the athletic department I was promoted to Director of Student Athlete Services in 2008. In this newly created position, I developed compliance and eligibility policies and procedures for the University. In addition to my coaching duties, in 2010, I was named Assistant Director of Athletics over Compliance. I also serves as a member of the Health & Sport Sciences Division faculty.

Prior to MBU, I served in the United States Armed Forces in the Army where I was a member of the 434th Field Artillary Brigade, in the 95th AG Battalion stationed in Fort Sill, Oklahoma.

I received my Bachelor’s degree in Business Administration from Northwestern State University where I was also a member of the women’s basketball team. As a shooting guard, I helped to guide the Lady Demons to a national ranking and a berth in the NCAA Tournament.I am a native of Natchitoches, La. and a graduate of Natchitoches Central High School.

Coral builds strategies to tell the University’s story, including digital marketing, serving as the managing editor for the University’s bi-annual alumni magazine, MBU Magazine, and other platforms. While at Maryville, her research included self-efficacy, mentorship and women’s leadership development. Coral has additionally served as the chair for the friends board at Casa de Salud since early 2019. Casa is a nonprofit located on the campus of St. Louis University School of Medicine dedicated to providing immigrants with healthcare access and a pathway to success.